For Valerie Grimm, majoring in comparative literature was an international experience. She read writers from around the world, learned about global social and political issues, and forged lasting bonds with an eclectic group of faculty and fellow students. “It’s why I feel very confident going out into a very diverse and complex world,” she says.

Her parents work in environmental protection services, and she had considered going into medicine or languages.

But after a year of AP chemistry at Brick Township High School, this all-around, high-achieving student decided it was time to do some soul searching.

“I had to sit down and figure out what I really loved, because it wasn’t chemistry,” she says. “The truth was that I loved my English classes.”

For Grimm SAS’19, studying literature had always been all-encompassing pursuit: creative, analytical, spiritual, and even a bit scientific in its complexity.

I took literature courses that raised my awareness of global issues, and then put those issues into a real world focus through political science.

“I love opening up a book and having a conversation about the social implications, characters, psychology, and how it all gets imposed into a novel,” she said. “The complexities are fascinating.”

As a first year student at Rutgers University–New Brunswick, she began checking out possibilities. She enrolled in a School of Arts and Sciences Signature Course—“Past Today: Why Conflicts Endure”—that examines historical conflict through the lenses of literature, culture, and fine arts.

Richard Serrano, a professor of French and comparative literature who developed the course, guides students through an exploration of the conflict between North and South Korea, the drug wars of Colombia, and Islamist movements in Afghanistan. Students read novels, watch films, and discuss the 9/11 report.

Grimm was intrigued. She liked the global, interdisciplinary, genre-hopping approach. The course pointed her squarely in the direction of comparative literature.

“My interests are wide; I wanted to study everything,” she says. “Comp Lit provided the platform to do that.”

Students in the Program in Comparative Literature explore literature and performances across languages, histories, disciplines, and genre. Members of the core faculty describe the program as a “congenial place in which to read, watch, think, and create.”

For Grimm, who graduated with honors as a Henry Rutgers Scholar, the program offered several significant advantages. The first was the presence of a large, eclectic faculty that includes scholars of English, feminist theory, film studies, European Avant Garde movements, and many other fields. She cites Janet Walker (pictured with Grimm), a scholar of Japanese literature, as a mentor who suggested books, introduced her to other scholars, and encouraged her to take on an honors thesis.

“I found it a very collaborative environment,” she says. “So many times I was up on the floor (where the program is located), looking around, talking to professors, and meeting other students.”

She also says the major gave her the freedom to develop her own literary focus. After completing the foundational courses, she forged an emphasis in social justice, taking classes like “Literature and Cultural Conquest,” and “Post-Colonial Literatures” and writing an Honors Thesis titled Women at the Margins: Sexual Assault and Trauma in Indian and Italian Literature and Film. 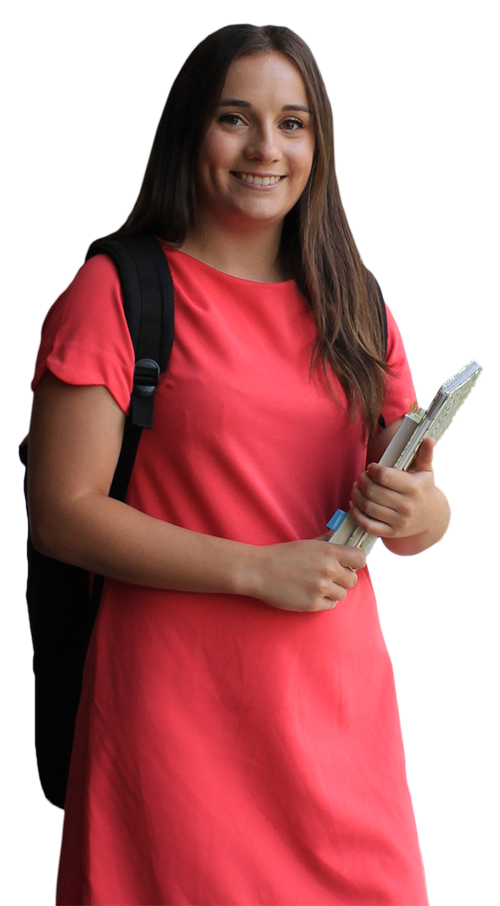 She built on those themes of social justice and advocacy by minoring in political science and interning at New Jersey District 11 Legislative Office where she worked with constituents to address issues such as homelessness and senior citizen wellbeing.

“It was great to be able to choose a major and minor that really complemented one another,” Grimm says. “I took literature courses that raised my awareness of global issues, and then put those issues into a real world focus through political science.”

She’s considering pursuing law school, but “isn’t ready to trade novels for law textbooks,” she says. So Grimm is working as an intern at a Manhattan literary agency, where she is taking on a dream job that includes editing and discussing client manuscripts, nonfiction proposals, and chapter outlines. She gets to participate in meetings with authors, film producers, scouts and audio publishers on the latest trends.

“That’s what I want to be talking about.”